Paris is on every traveler’s bucket list. It is easily one of the most visited cities in the world. And although every person in the world has heard about these five symbols of Paris, not everyone knows the curious facts behind them. We list below some of the interesting things about these iconic places, so that next time, when someone you know is going to Paris, you can dazzle them with your knowledge of interesting tidbits about the City of Light. 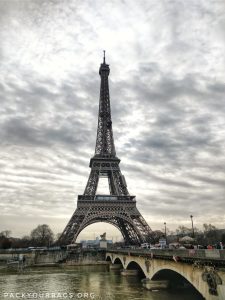 One of the symbols of Paris, the Eiffel Tower may be synonymous with the City of Light, but it hasn’t always been that way. Did you know that:

If you plan on going up the tower, make sure you pre-purchase your tickets here. You don’t want to waste time standing in unnecessary lines. 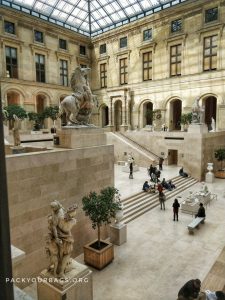 The Louvre is another one of the symbols of Paris. Everyone knows that Leonardo da Vinci’s Mona Lisa is on display at the Louvre. But did you know that:

If you want to avoid crowds, go first in the morning. Again pre-purchase your tickets online before heading to the museum here. 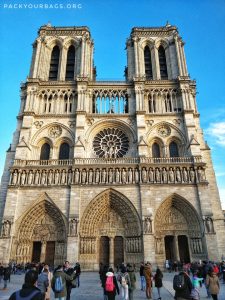 Everyone has heard of Notre Dame, one of the symbols of Paris. You may have read Victor Hugo’s “The Hunchback of Notre Dame” or seen the Disney movie of the same title. But did you know that:

Admission to this cathedral is free, but the lines are often long to get in. Here is more practical info. 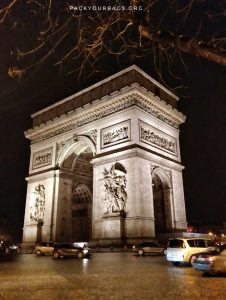 Another icon and one of the symbols of Paris, Arc de Triomphe is a must see. Located in the centre of Place Charles de Gaulle, it proudly faces Avenue des Champs-Elyseés. Did you know that:

The Champs-Élysées is probably the most known street in the world. No wonder we had to include it on our list of the symbols of Paris. It is filled with elegant shops, theatres and cafes. It stretches for almost 2 km from the Obelisk of Luxor in Place de la Concorde to the Arc de Triomphe in Place Charles de Gaulle. Did you know that: 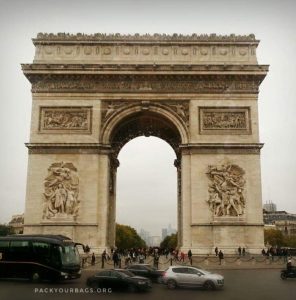 And a final piece of trivia. Do you know why Paris is sometimes nicknamed the City of Light? There are two reasons actually. First, Paris was one of the leading cities during the Age of Enlightenment. Second, it was one of the first European cities to adopt gas street lamps. 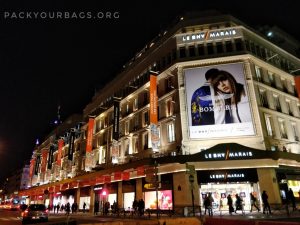 We hope you enjoyed this article. Tourists often visit amazing world structures without knowing the history behind their existence or understanding their significance. Now instead of being a tourist, you can be a traveler. 😉 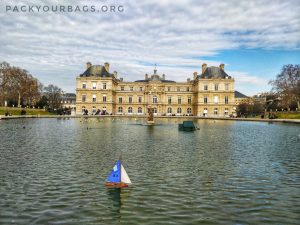 See our other Paris blogs: