Recently I came upon the term “third culture”. I was reading a blog by someone who had grown up in several countries and they were referring to themselves as a “third culture kid”. That blog described our entire lives in a few paragraphs.

Why I hate labels

Oh great, I thought. I get to smack another label onto our family. You see, I have a strange pet peeve. I really hate labels. You know, the ones we apply to people. We use labels to either differentiate ourselves from others or to show why we’re part of some group.

While some labels stick around longer than others, some are just a passing fad. For example, I hate when someone calls themselves “an out of the box thinker”. Not because of what it represents. I value that ability in people. I just hate that expression. Only because it has become way overused. To the point, that a lot of people who call themselves “out of the box thinkers” often aren’t that at all. 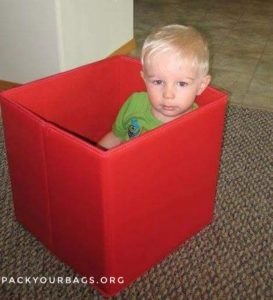 I also despise the word “influencer”. I only discovered this word when we started our blog. Every time I see someone calling themselves that, I cringe. How many influencers are there? What the heck does that even mean? Is that word related to George W’s favourite word “the decider”? Because it sure sounds like it might be. You know who’s an influencer? I’ll tell you who. My Mom. She influences me and my siblings. And she doesn’t even have an Instagram account. If I ever call myself an influencer, you have my permission to call me out on it. And if you do, I might just tell you that I am the decider around here and I can do whatever I damn please!

OK, all that venting about labels aside, let’s get back to the topic of “third culture”. I was surprised to find out that this term has been around since the 1950s. It was first introduced by an American sociologist / anthropologist couple Ruth & John Useem. They studied individuals who spent their formative years in cultures other than their own. Mostly, these “third culture kids” were part of military or missionary families. But since then, because of the Internet and the ensuing “global village” and the resulting recent rise of the so called “digital nomad” (whom it appears we also are … oh look, another label), there are plenty of “third culture” people out there.

So now, I found this other (and yet fitting) label to add to an already long list of labels that had been ascribed to us at one point or another in our lives. Because of our parents’ global choices, our families growing up (my husband’s & mine) were labeled many different things. And most recently, my husband and I made a decision to leave the final country our parents had settled in, to give our son the experience of living in a culture other than his own, just like our parents did for us.

If you were to list all the labels applied to us during our entire lives, you would come across words like: refugee, defector, immigrant, emigrant, citizen and expat. And now let’s add “third culture” to that. Quite a list, don’t you think? 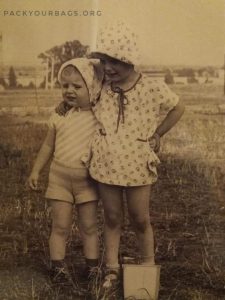 Funny thing is, when I look at this list, I don’t feel like those labels belong to me, to us. I don’t feel like I belong in them. These labels nitpick, they segregate, they organize, they categorize. We humans love to do that. We love to put everything neatly in its box. Our feathers get ruffled if we don’t segregate something properly. I mean, it’s all fine and great in math, science and business. But why must we segregate ourselves so? We already have genders, nationalities, job titles, generations, age groups, personality types, religions, ethnicities, first world, third world, introverts and extroverts, haves and have-nots, and the list goes on and on.

Why must we add more labels to an already overly full trunk of them?? Do you know what labels do? They divide people. They separate us from each other. Honestly, think about the terms immigrant and expat. What gives? I mean, both immigrants and expats have gone through the same steps to arrive at the same result. Except “expat” seems to mostly apply to people of European descent. Everybody else is an immigrant. Do you see what’s going on? Labels also perpetuate stereotypes. I hate labels. And I realize the irony of what I am saying as I categorize this blog post under “Expat Life”.

Wouldn’t the world be a better place if we thought of ourselves as people first? Just people. When you first meet someone, you often ask (at least in North America): “What do you do?” That’s how we assess a human being. Ah, you’re a professor, you must be smart, have some money, you must be well-read. Oh, you’re a construction worker and you like hunting? Nice to meet you, moving right along.

We do this, whether we acknowledge it or not, whenever we meet a new person. Every single one of us. I do it. You do it. Because we’ve been taught to label and over-label and re-label and to measure a person’s worth based on their job, the amount of money they have, the schools they went to, etc. By doing this, we write off a lot of people along the way.

Wouldn’t it be nice, if instead, we asked people when we first meet them: “What is your story?” “What are you passionate about?” “Whom do you admire?” Don’t you think we’d learn so much more about people by finding out who they are underneath all the labels the world has so cruelly slapped on them?

But, coming back again to the term “third culture”, I’ve got to say, I kind of like it. Do you know why? Because, it takes all the labels of refugee, immigrant, expat, emigrant and puts them under one umbrella of “third culture”. Instead of dividing, this label unites. It takes all the people who are no longer living in their own country, no matter the reason and how they got there, and it explains their unique outlook on the world.

So who are these “third culture” people? Well, this is how Ruth & John Useem used the terms in their study. First culture meant the culture you were born into. Second culture was the culture you arrived into. And third culture was the term they used for the melding of the two cultures. Other terms are often used to describe “third culture” individuals and I think they are quite fitting and self-explanatory. These terms are: cultural hybrids, cultural chameleons, and global nomads.

There are both benefits and drawbacks to being “third culture”. I will list the biggest ones we have experienced.

Benefits of being “Third Culture”:

You become bilingual or multilingual

You become more accepting & tolerant of others

Once you’ve lived in different cultures, you don’t get what the big deal is if someone wants to wear a headscarf for religious reasons or be in a same-sex relationship. Your attitude is live and let live.

You get many sides of one argument at once

You get a unique perspective on the world, almost a three-dimensional one. Because you grew up in two (maybe more) different worlds, you kind of understand all the sides of an argument. It is a very strange thing to explain but while people might be at each other’s throats about something, you can kind of see their points very clearly, no matter how different they might be from each other. I guess this would be a great skill to have if you want to work in diplomacy. 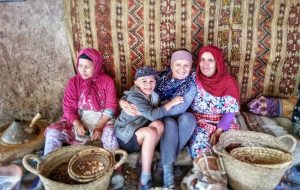 Drawbacks of being “Third Culture”:

Sometimes you “forget” who you are

I have lived in a total of four countries. Even though, as a child, I strongly identified with the nationality of the country of my birth, I have not felt any strong ties to that place for a very long time now. Whenever I read news of what’s happening in my birth country, I might as well be reading about the Moon. Apparently, what I am “suffering” from is “cultural jet lag”. It’s the feeling that you are an outsider looking into a culture, but you’re not part of it. That’s how I feel about three of the four countries I’ve lived in. 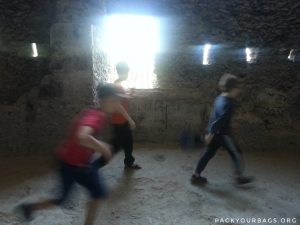 An adult moving to a new country may never feel 100% integrated into the host country’s culture. The formative years are over and you will never fully understand when a local shares a childhood memory that you were not a part of. It might be as simple as a schoolyard game, or a cartoon you’ve never heard of.

On the flip side, when a child moves to a new country and attends a local school, shares experiences with his or her peers, that child truly integrates. However, that same child might very well feel like an outsider upon returning to their birth country. They would have missed the common experiences growing up and this may give them a feeling of not belonging in their birth country. 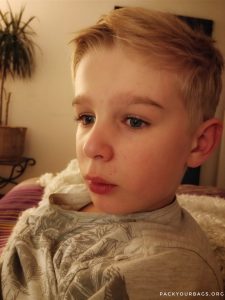 This may be a benefit or a drawback, depending on how you look at it. As difficult and world changing as moving to a brand new country can be, it does kind of get addictive. And if it doesn’t feel like it is addictive, it’s just because it lays there dormant waiting for the right moment to jolt you into a frenzy of change.

This was the case for my husband and I. Our wanderlust lay dormant for many years. It wasn’t until we had our son, that we felt an immediate pull to show him a global life, much like we had experienced ourselves. We felt like we couldn’t raise a “mono cultural kid”, we needed to show him the world. This feeling was very strong. And here we are today, traveling the world with our son. 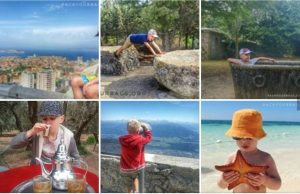 In the end, no matter how your life pans out, your experiences are always your own and they shape you into a unique individual. My two siblings and I, each live in a different country, each with a different language and a very different culture. We get each other perfectly.

And until I came across the term “third culture”, I never even gave a second thought to being different. I guess you really get used to being you. As I was reading through what the study entailed, I was “self-diagnosing” and realizing how truly all this had applied to our family.

And as I said earlier, I kind of do like this label of “third culture”. I like it because it encapsulates the other labels like refugee, expat, immigrant, which I find very divisive. If “third-culture” ever becomes overused, it will lose its meaning for me. Like Oscar Wilde said: “Everything popular is wrong”. Until that day, I will relish in the shadow of my newfound label.

P.S. We recently wrote a guest post about moving to another country for Family By Choice. Give it a read. 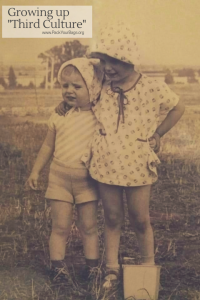 For other wordy posts, check out: