A Weekend in Liguria 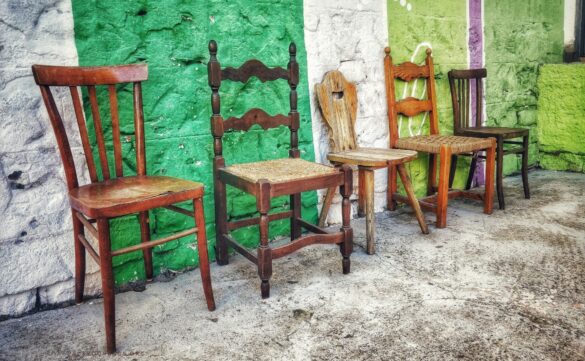 I am in love with Italy and recently I was lucky enough to spend a lovely weekend in the region of Liguria.

After having lived in Canada most of my life, where you can drive for hours before hitting another urban centre, I find Europe to be a small and easily manageable continent for travel purposes. I feel pretty lucky to now be living in the southern part of France, surrounded by never ending sights and nature, and a short driving distance to the neighbouring countries.

First, there are the warm and friendly people. And, of course, there is the beautiful Italian language, which everyone should try to learn even just a little bit. Then, there is the food. I have not yet met anyone who did not like Italian cuisine. And, let’s not forget the architecture – so beautifully integrated with the country’s unique geography. I can’t get enough of the little picturesque towns perched precariously on some coastal hilltop overlooking the Mediterranean. And the history. So much history. Everywhere. Every stone has a story to tell. Every town has its unique soul. For all these reasons, I love to visit Italy as often as I can.

A Weekend in Liguria

This past weekend, a friend and I treated ourselves to a little moms’ weekend getaway to the Liguria region. My friend has lived in Italy before and it was quite a boon to travel with someone fluent in the language and familiar with many intricacies of the culture. I felt like we had an “in” into some of the secrets of the locals because we were able to communicate in Italian. I am a firm believer that knowing a language of a country you are visiting, even a little bit, opens many doors. It’s like being a member of a secret club and being invited to the VIP lounge.

Let me tell you how we spent our weekend in the province of Imperia in the Italian region of Liguria. We took advantage of the fact that every Friday in the town of Ventimiglia and every Saturday in the town of Sanremo (aka San Remo), there are weekly street markets that the French love to frequent. In fact, they love it so much, there are bus tours organized from Provence to Ventimiglia and Sanremo in Liguria.

My friend and I were not too interested in these markets, but we did want to get to Ventimiglia for as low a price as possible. So we took advantage of the bus ride organized for these tours. By doing this we saved a good amount of money in highway tolls, cost of fuel and parking. In fact, finding parking in these towns, especially in Sanremo, is a difficult task.

For our accommodations, we stayed in a “locanda” in Sanremo, a type of a bed & breakfast establishment. Our locanda was very tiny with just a handful of rooms and it was family-run. It was in the heart of Sanremo which we chose purposely so that we could walk to all of the top sights.

I am certain that due to my friend’s fluency in Italian, we got an even better service than people who don’t speak the language. I only say this, because when I read the reviews of our locanda online, the only complaints by foreign tourists were “the lady at the front desk only speaks Italian”. To us, that ended up being an advantage. We got a lot of advice about what to see, where the locals like to eat, the best cafe nearby, etc.

But enough about the logistics. Let’s move on to the fun part, which is what we did with our weekend on the Riviera dei Fiori in Liguria.

As soon as we arrived in Ventimiglia on Friday morning, we began our sightseeing (while everyone else who came on our bus got busy perusing the street market). In fact, a lot of people never get to appreciate the true worth of this town as they see it only as a place to do some inexpensive shopping. But Ventimiglia has a lot of history pre-dating the Roman Empire and we were eager to discover it.

There are quite a few things to see in this small city of 25 000 inhabitants. If you only have one day in Ventimiglia, choose wisely as you will not have time to do all of these:

Sanremo (sometimes written as San Remo) is only 14 km from Ventimiglia. For a long time now, Sanremo has been a beloved destination for sun seekers from colder parts of Europe and a playground for the rich and famous. The town’s main attractions are: its August music festival, its cuisine, and gambling (Sanremo hosts a poker tournament as part of the European Poker Tour).

We managed to do all of these with the exception of the whale/dolphin watching. I plan on being back for that with my family. Below are the top sights in Sanremo.

I am drawn to unusual things that seem out of place and this was my absolute favourite in Sanremo. What a rare gem of eastern ecclesiastical architecture outside of Russia! You may be wondering, as I was, why this church even exists on the Italian Riviera. The explanation is quite curious. Tsarina Maria Alexandrovna used to spend winters here in order to improve her poor health. Her stay in Sanremo did wonders for her recovery. In order to thank the town she donated funds to purchase palm trees to decorate the main avenue.

In gratitude, the town named this avenue after her as Corso Imperatrice (Empress Avenue). After her first visit, many Russian aristocrats (including members of the imperial family) followed her example and began to winter in Sanremo. As a result or the Russian nobility’s arrival to this area, the Tsarina wished to have a Russian Church built here. And this became reality 30 years after her death. The church is quite a sight, even though it is currently under renovations. I plan on returning once the repairs are finished to see it in its full glory.

This beautiful avenue is dedicated to Tsarina Maria Alexandrovna because of her gift of palm trees to the city of Sanremo. It is an elegant street featuring beautiful grand hotels from the 19th and early 20th centuries, built to accommodate the aristocratic guests who used to come here.

This is the Old Town of Sanremo. Like in Ventimiglia, it is on a hill, so wear comfortable walking shoes. If you love history and old architecture, this is a place to visit.

You can book a boat tour with this whale watching company to observe whales and dolphins in their natural habitat. Be prepared that the trip might last a good half a day so plan accordingly. The tour is always accompanied by a marine biologist to explain what you are seeing.

If you arrive by sea, you can moor your boat here in the most prestigious marina on the Italian Riviera. But whether you come by boat or not, this harbour, filled with both pleasure and fishing boats, is beautiful to look at, day or night.

If you are looking for local food products, like Ligurian cheeses, pestos, hams, sardenara, focaccia, Taggiasca olives, etc – this is a great place to add to your itinerary. My friend and I sampled a variety of local delicacies and stocked up on great sauces and pestos.

To finish off our eventful day in Sanremo, upon the recommendation of our lovely hosts in our locanda, we dined at a local trattoria called A Cuvea (Corso G. Garibaldi, 110, 18038 Sanremo IM, Italy). It is a cozy, family-run place frequented mostly by locals, serving simple fare typical of Liguria. We had an amazing dinner of ravioli with sage filling (typical of this region); and tagliatelle all’Amatriciana (I am getting hungry while writing this), followed by two meat dishes. The atmosphere was casual and felt like home. There were entire families dining complete with grandparents and children. The servings were generous and the prices were very affordable. I would definitely come back here.

Whether you like to explore old towns, indulge in amazing cuisine, lazy on the beach in the summer, gamble or shop, observe marine life, or even volunteer in an ecovillage – there is something for everyone in both Ventimiglia and Sanremo.

10 Reasons Traveling with Kids is Awesome

My mother was born in Liguria and she came to Canada as a young woman after the war. My sister and I plan on going there next summer. We want to visit the village where she grew up. And now we can add this beautiful itinerary to our trip. So thank you!

How beautiful! I find it very moving when people visit their parents’ birth places.