Why Our Family Loves the Winnipeg Zoo 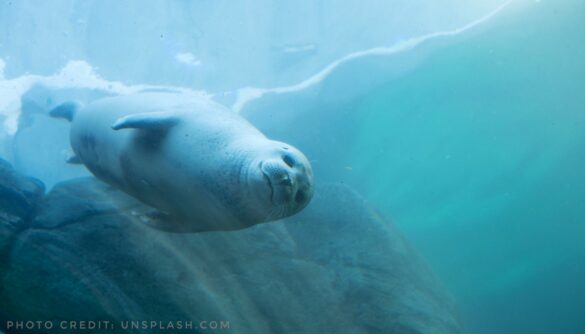 Winnipeg is probably one of Canada’s most underrated cities. But having lived in this city for a couple decades, I have seen it rise from a small prairie city to a multifaceted powerhouse. From the return of the beloved Winnipeg Jets through the ambitious improvements to the Assiniboine Park Zoo to the opening of the Museum of Human Rights, Winnipeg has quickly been moving up the ranks of Canadian cities. I truly believe that this success is due to the city finally embracing its northernness. Let’s look at the Winnipeg zoo as an example.

Up until recently, the Assiniboine Park Zoo was just another unremarkable zoo. But thanks to the vision of some forward-thinking people and a lot of hard work, in 2014, the zoo rebranded itself as a haven for Arctic species. How apt for a zoo located in a city with long and frigid Canadian winters, to embrace its identity and become a sanctuary for rescued polar bear cubs and other northern animals.

Our family has become a great fan of the zoo since the improvements of 2014. Our two favourite features of the new and improved zoo have been:

Journey to Churchill at the Winnipeg Zoo

This ten acre area recreates the native landscapes of the Arctic and lets the animals roam on this expansive terrain. You will find here many northern species, like polar bears, Arctic foxes and wolves. Our son’s favourite part of this exhibit is the aquarium tunnel where you can watch and even interact with swimming animals.

Dinosaurs Alive! at the Winnipeg Zoo

This is a fun way for kids to learn about dinosaurs. The animatronic dinosaurs move and roar, their real-life size making them that more realistic. Unfortunately this is not a permanent display but it has returned to Winnipeg a couple times. We’re keeping our fingers crossed that they will come back again. These dinosaurs are often “on the move” and can be found roaring at visitors in other Canadian zoos.

The Assiniboine Park Zoo has many other fabulous exhibits and seasonal events. We recommend you check their website for fun things to do before you visit.

P.S. We love this zoo so much we even wrote about it in this collaborative article about best international zoos.

How to Vacation in Canary Islands on a Budget

This zoo sounds amazing. I would love to see the Arctic display. Looks fascinating!

It really is world class! I hope you get to visit the Assiniboine Park Zoo in Winnipeg.

This is an amazing zoo! We are from Minneapolis and were recently in Winnipeg visiting some friends. I’ve got to say, the polar bear display is something else. We were really impressed.

Glad to hear you enjoyed it!