Why You Must Visit The Louis Vuitton Foundation in Paris 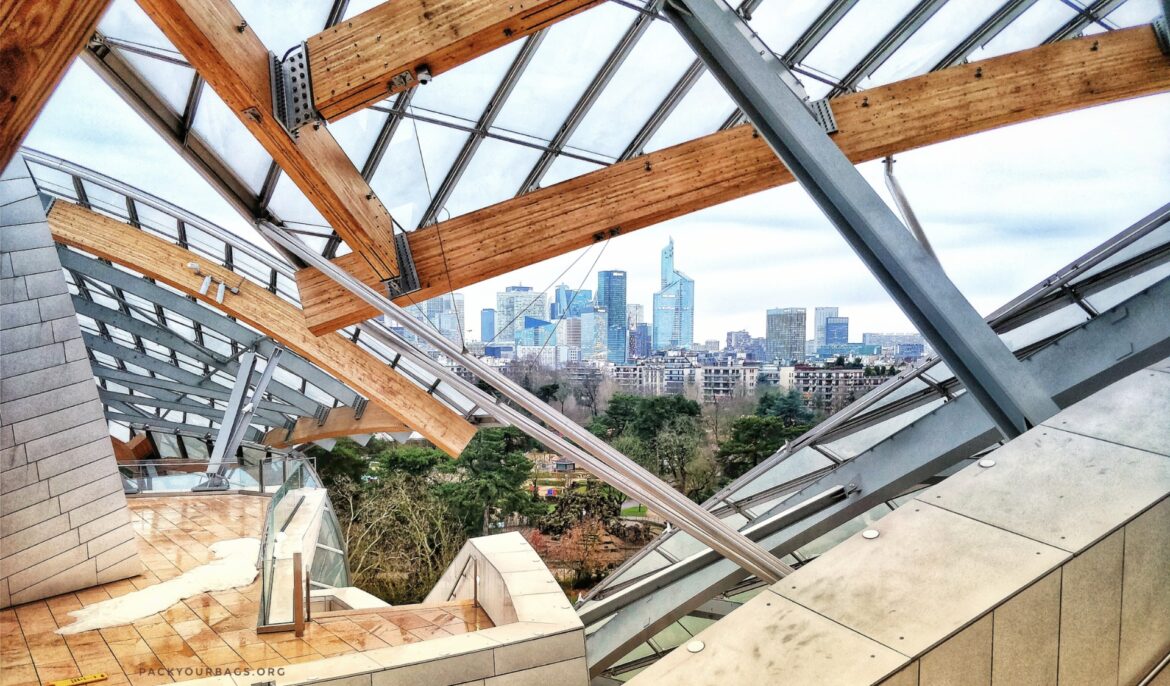 Why You Should Visit the Louis Vuitton Foundation in Paris

Recently, I was lucky enough to see the “Being Modern: MoMa in Paris” exhibition at the Louis Vuitton Foundation. It was my first time visiting this art museum which took eight years to construct and was the brainchild of the Canadian born architect Frank Gehry. This breathtaking building is located in the Bois de Boulogne (16th arrondissement of Paris).

It is a magnificent sight to behold. You are probably familiar with some works by this world-renowned architect, like the Guggenheim Museum in Bilbao or the Walt Disney Concert Hall in L.A. Honestly, no matter which exhibition you come to see at the Foundation, you will be in complete awe of this architectural marvel. First of all, the building resembles a sailboat with inflated sails. Secondly, despite the sturdy materials used, like metal, wood and glass, the building has a light and airy feel to it. Currently the museum is managed as a non-profit by the Louis Vuitton brand and will pass into the hands of the city of Paris in the year 2069 (55 years after opening date).

Being Modern: MoMa in Paris exhibition

To begin with, I want to focus on this amazing exhibition which ran for four months till March 5, 2018. The collection takes you through decades of modern art. It is a mix of visual art like paintings and sculptures, as well as short videos of films and music. Additionally, the artists featured come from all over the world. Some of my favourite pieces were by Jackson Pollock, Mark Bradford and Janet Cardiff (an audio presentation).

The Architecture of the Louis Vuitton Foundation Building

Despite its magnificence, the building has been heavily criticized by the press, both for its huge cost and its unusual look. But Frank Gehry does not do normal. In fact, all his buildings have flare and remain engraved in your memory forever. It is not possible to forget one of his designs. I, for one, fell in love with this building. Take a look and decide for yourself.

7 things to do in Salzburg, Austria

And it does look like a sailboat–not a picture-perfect sailboat but a sailboat in motion. I can’t wait to go see it (when we have “open skies” again.

This museum looks heavenly! I love unusual architecture and this is truly breathtaking. Wow!

Indeed! It is truly breathtaking as you say.