Why You Should Visit Canary Islands 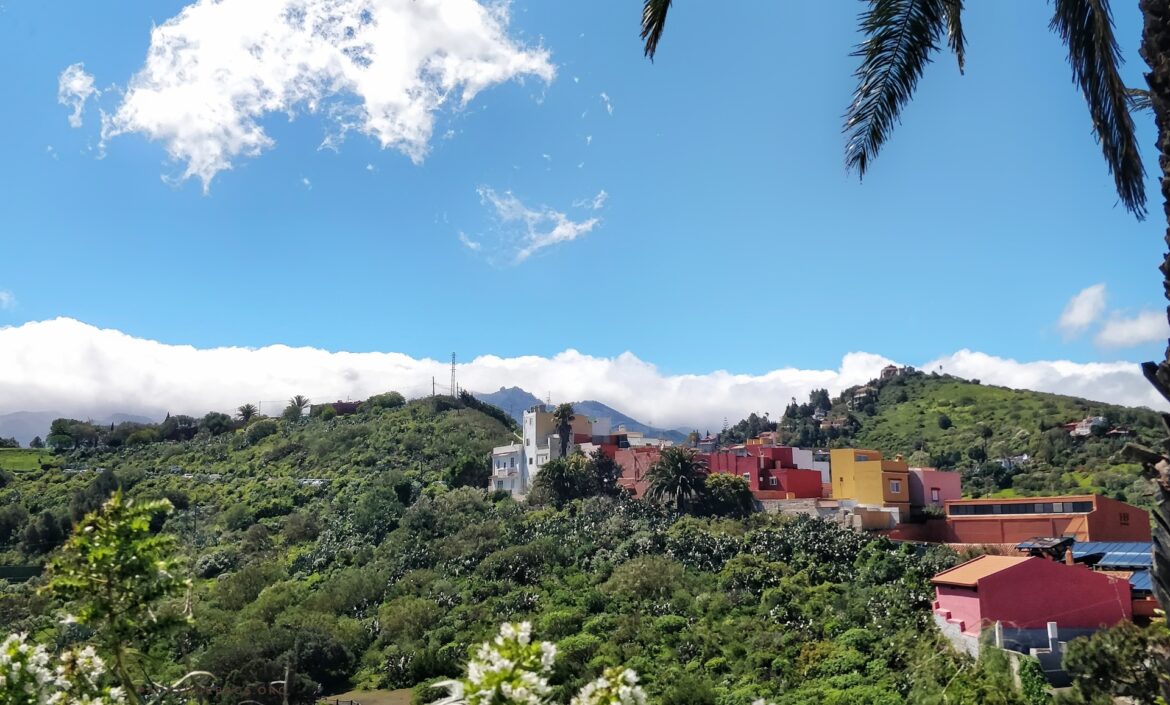 Why Visit Canary Islands? The Canary Island archipelago may be a popular destination for sun seekers from northern Europe, but some North Americans have never even heard of them. Some people who have visited or heard of the place often associate these islands with cheap drinks, crowded beaches and all inclusive resorts. But we’re here to tell you that that there is a lot more to these islands than what you may have heard.

Canary Islands are a curious archipelago. To begin with, the name Canary Islands is derived from Latin meaning the “islands of the dogs.” There are several theories for why they were named so. The most plausible one is that they were inhabited by large packs of dogs when the first visitors arrived to their shores.

In addition, the archipelago is comprised of seven main islands and several smaller ones. What is curious about this group of islands is that they are both in Africa and Europe at the same time. How is this possible? Well, geographically they are located off the west coast of northern Africa. In fact, the closest country to them is Morocco. However, politically, Canary Islands belong to Spain. But it hasn’t always been that way.

The earliest known inhabitants of the islands were Berbers (today they inhabit mostly north-western Africa). In fact, Spaniards only began to arrive in the Middle Ages and over time conquered and claimed the islands for the Kingdom of Castile.

People & Language in the Canary Islands

Our impression of the the Canarian people was that they are fiercely proud of being who they are. It seemed to us that they think of themselves as Canarian first and Spanish second. We got this impression from our conversations with the people we met. One example of this was when we asked one local about the best tapas place in Adeje. Let me tell you, she was not too pleased with us. Her exact words were: “Tapas are from the peninsula. For local cuisine, go to this restaurant!”. We had to apologize for our faux pas.

Spanish is the language of the islands. If you are a Spanish speaker you will be able to detect a distinct accent. Sometimes this dialect is called “habla canaria” (Canarian speech) or “isleño” (islander). But can the locals speak English well? Not in our experience but we’re probably not the best judges of that since we mostly communicated in Spanish on the Canary Islands.

Geography & Climate in the Canary Islands

Canary Islands are volcanic in origin. As a result they are rocky and mountainous. But they did hold a few surprises for us. First of all, when some of our friends heard we were going to the Canary Islands, a few of their comments were negative. “Don’t go. It’s very windy, ugly and arid. You will hate it.” Despite the negative comments, we did not get dissuaded. However, we were beginning to get a less than rosy picture of the islands in our minds. But boy, were we pleasantly surprised!

Not the the naysayers were wrong. Yes, it was often quite windy. Yes, there were extremely barren landscapes. And yes, some places were quite arid. But I think that perhaps the naysayers did not explore as far and wide as we did and as a result missed the unbelievably lush and tropical areas with such intense humidity that the mist seemed ever-present.

We’re here to tell you that these islands are so amazingly varied they will blow your mind. We went to both Gran Canaria and Tenerife and each of them has every climate you can think of. While you’re hiking through lush greenery, you can see a snow capped volcano in the distance. You could run through the sand dunes in the morning, go for a camel ride before lunch, climb misty rocks in the afternoon and bathe in the Atlantic in the evening. You cannot get bored in the Canary Islands. Variety is the order of the day here.

The climate is subtropical. You will find summers to be hot and winters warm. We visited end of February and beginning of March. We had a range of just under 20°C (68°F) to high 20s (82°F) some days. In fact, depending on your location on the island, you could experience all sorts of weather in one day. For example, one morning when we ventured out, it was windy, cool and rainy. We dressed for the weather only to end up in a hot sunny place, wishing we had brought a change of clothes. There can be severe weather as well. Luckily we missed it but there were flights grounded just days before we arrived due to extreme winds on Tenerife.

Can’t choose between the two? You don’t have to. We ended up flying to Gran Canaria and spending a week there. Then we spent our second week on Tenerife and flew back to Europe from there. There are several ways to island hop on Canary Islands. We chose the least expensive and quickest way which is an inter-island flight by Air Europa (there are several daily flights between the two islands).

They are definitely not what you expect. They are a blend of Africa and Europe. The people are friendly and down to earth. And the food is delicious. You get a sampler of various climates on an island. The Canary Islands have some of the most unbelievably beautiful hikes we’ve ever been on.

For other posts about Canary Islands see:

I am looking for a few places to visit and want more information on places where I can have a vacation.

Great, hope you found what you were looking for.

My cousin has been living there for the past few years. I went to visit him last winter. Really enjoyed it, although I have to say, it was quite windy at times. I mean, broken trees and such.

Yes, it definitely can get quite windy. We did have one night where it was quite windy. Everything was fine with our rented house but we did see a downed electrical pole in the village we were staying.

Yes, we liked that a lot too. And they are very affordable!